The Malta Montessori School which was established in 2006 is owned and operated by Kerry Henley. Kerry received her 3-6 Primary AMS Montessori Certification in 2004 after completing her training at the Center for Montessori Education/ NY. Previous to that Kerry was a Middle School and High School Social Studies Teacher in the Capital District and New York City after receiving her Bachelor’s Degree in and Master’s Degree in Education from the State University at Albany. Kerry enjoys rowing and traveling around the world with her husband and two sons.

Jessica is an Assistant in Meg’s Toddler classroom this year. Originally from Saratoga Springs, NY she earned her BA in English from the University at Albany. After several years as a children’s ski instructor in Steamboat Springs, CO, Jessica found a small Montessori school and fell in love with the philosophy. Jessica holds her AMS 3-6 Primary Certification from the Montessori Education Center of the Rockies in Boulder, CO. In 2016, after leading her own Children’s House classroom for 5 years in Boston MA, Jessica moved back to Saratoga Springs with her husband and 3 week old son, Jack in 2017. Jack is now a Kindergartener in Nancy’s Children’s House classroom  and has grown up at MMS. In 2020, Jessica had her second son, Henry, who just started his Montessori journey this fall in Kerri’s Toddler classroom.  At MMS Jessica has worked in Children’s House, Lower Elementary and now Toddler classrooms. When not teaching she loves to practice yoga, cultivate her many home gardens, ski, and juggle play dates and travel with her family.

Kerri is the Head Teacher in one of our toddler classrooms. She grew up in Mechanicville and made her way back to the area after living in Syracuse, North Carolina and Massachusetts.  Kerri graduated from Syracuse University in 2002 with a Bachelors of Science degree in Computer Science and spent a semester traveling abroad in Australia.  She worked at Cisco Systems for 15 years as a Systems Engineer and Project Manager.  In 2013, she found Malta Montessori and has sent all 3 of her boys there.  She was offered a position as a Toddler Assistant Teacher in 2018 and fell in love with it!  She is currently obtaining her AMS Montessori Infant and Toddler certification from the Northeast Montessori Institute. She believes in and lives positive parenting and loves the Montessori philosophy.  Outside of the classroom, Kerri is passionate about traveling, being active outdoors (camping/hiking/swimming/exploring), reading and spending time with her family who keeps her very busy!

Patty Acunto is currently a Head Teacher for one of our Children’s House classrooms. Patty is a graduate of Regis University with a BS in Social Science and also holds an Associate’s Degree from Marymount University. She received her AMS 3-6 Primary Montessori certification from the Montessori Education Center of the Rockies in Boulder CO. Patty started her Montessori career at Montessori Peak Academy in CO. and after 10 years moved to NY where she taught at Albany Montessori Education Center. At AMEC she was the director and Children’s House teacher for 4 years and taught 2 years at Castle Island Bilingual Montessori where she was a head teacher and co-founder of the school. Patty and her husband live in Troy with their cat, Reggie.

Jong Ryu is the assistant teacher in Patty’s Children’s House classroom. She graduated from Korea National University of Education and has 2 bachelor’s degrees in elementary education and music education. She has been a head teacher for over 14 years at an elementary school and middle school in Korea and a pre-K assistant teacher Clifton Park. She has 2 beautiful sons who both  graduated from Montessori Kindergarten. Jong began focusing on early childhood education after raising them. She has lived in Korea, Germany and the United States and has an understanding of many different cultures and hopes to share these things with others at Malta Montessori.

Nancy Hillengas is currently a Head Teacher in our Children’s House. Nancy holds a MSEd from the University of Pennsylvania and earned her AMS 3-6 Primary Montessori Certification from Northeast Montessori Institute. Nancy also holds a Permanent Teaching Certificate from New York State. Recently, Nancy was a Head Teacher at the Woodland Hill Montessori School in Rensselaer for 16 years.  Nancy has also taught at the Montessori Magnet School in the City School District of Albany. Nancy and her family live in Albany, NY.  She enjoys photography, gardening, drawing and watercolor painting.

Lilli Worden is currently an Assistant Teacher in Nancy’s Children’s House classroom. Lilli recently graduated from the University of Vermont where she studied Elementary Education. Prior to working at Malta Montessori, Lilli was a nanny and a homeschool teacher during the height of Covid-19. She also has several years working as a substitute teacher and volunteering as a Girl Scout leader. Lilli lives in Guilderland with her husband and their cat and dog. She enjoys being with her friends and family, hiking and traveling.

Tatiana Hart is currently a Head Teacher for our Lower Elementary classroom after teacher two years in one of our Children’s House classrooms.  Tatiana attended the University of North Carolina at Chapel Hill and graduated in 2010.  After college she went to work in Pennsylvania as the Director of the Equestrian Riding Program at Lake Bryn Mawr. From there she gained and acquired a great interest working with young children. After working in Pennsylvania she returned to North Carolina in where she earned her AMS Montessori Teaching Credential and began her career as an educator.  Soon after she enjoyed three years working as a lead Lower Elementary Teacher in Holly Springs, NC. From 2015-2016 she worked as a co-lead teacher at RiverRun Community Montessori. Recently, she expanded her Montessori training by becoming a certified lead teacher for Early Childhood Education at CME/NY for children age from 2 ½  to 6 years old.

Rebecca Campanella is currently an Assistant Teacher in our Lower Elementary room. Rebecca recently graduated from the University of Rhode Island where she studied Elementary Education, earning a bachelor’s degree. She is currently taking her NYS licensure exams to become a certified teacher in New York State. Rebecca started at our school in the summer of 2019 as our Children’s House Assistant for our summer camp program. Rebecca attended Shenendehowa High School where she ran track and cross country. Rebecca grew up in Clifton Park and currently lives there.  In Rebecca’s free time she enjoys traveling, reading, going to the beach, exploring nature, and spending time with close family and friends.

Stephen Rich is lead teacher for our upper elementary program. This is his twelve year teaching at this level, with the majority of that time spent at Bowman Montessori in Palo Alto, CA.  Teaching is a second career path for Stephen, having previously enjoyed a career in computer science working at NASA.  He has a Masters in Education from San Jose State, and a BS in computer science from SUNY Binghamton.  Stephen completed his 9-12 Upper Elementary AMS Montessori certification from CMTE/NY the Center for Montessori Teacher Education New York.  He moved back to NY to work with us, and has not stopped expounding on how much he enjoys our scenic locales.  He’s also looking to connect with local board gaming communities.

Meghan Stiehler is an assistant teacher here at Malta Montessori. Prior to moving from Maine to Saratoga Springs in June of 2010, so she could be closer to her family, Meghan spent many years working with children in a multitude of settings. She co-founded and taught at a full day private preschool, worked as a teacher in a multi-age classroom and cared for children in home and camp settings. Meghan holds a degree from West Virginia University. Outside of school, Meghan enjoys spending time being active, whether it be walking with the dog or working in the yard. 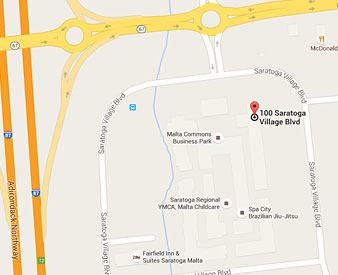 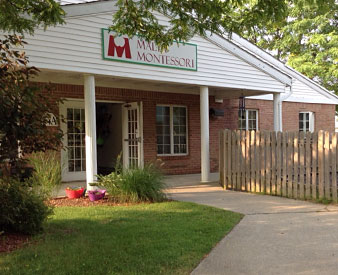